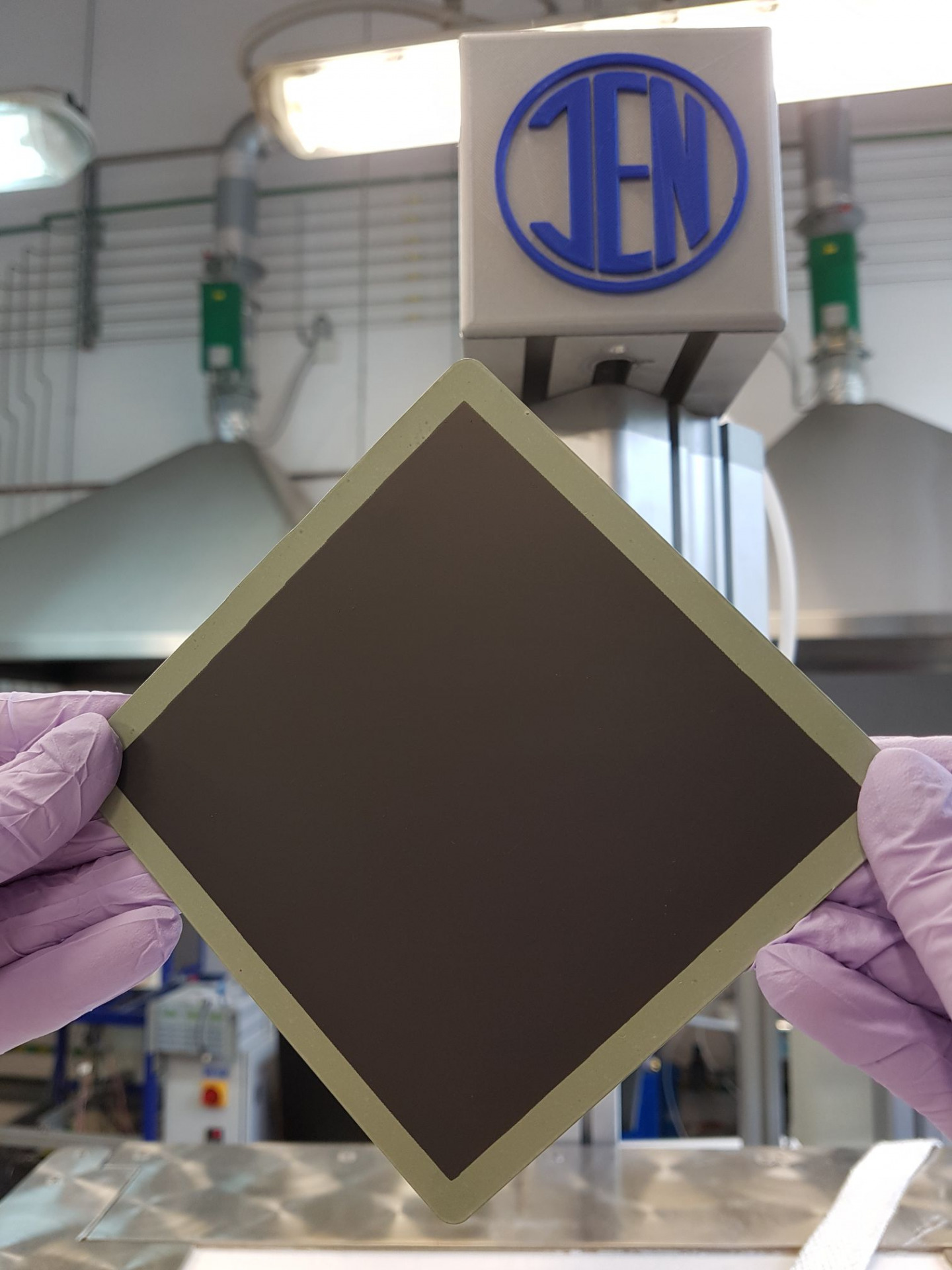 Poland, a Member State since 2004, is the eight economy within the EU, and according to its National Energy and Climate Plan (NECP), it has the sixth highest volume of primary and gross energy consumption in the Union. The local electricity production deriving from coal mines provides Poland with a certain degree of independence and stability. Nonetheless, in the period between 2010 and 2018 installed Renewable Energy Sources (RES) capacity increased four times and RES electricity production doubled1, providing an indication of the effort the country is making to set the bases to facilitate the transition towards a more sustainable energy model. In this light, Poland has also joined two SET Plan Implementation Working Groups, ‘Energy efficiency in industry’ and ‘Nuclear'2.

This story begins with one of the main trade-offs each society faces as they develop: national economic growth goes hand in hand with additional energy consumption, and Poland is not the exception. However, the most used energy sources are based on fossil fuels that have the dual disadvantage of being both finite and polluting, and therefore not sustainable in the long-term. As a result, governments, the industry, and the scientific community are looking into alternatives based on clean and renewable energy sources. 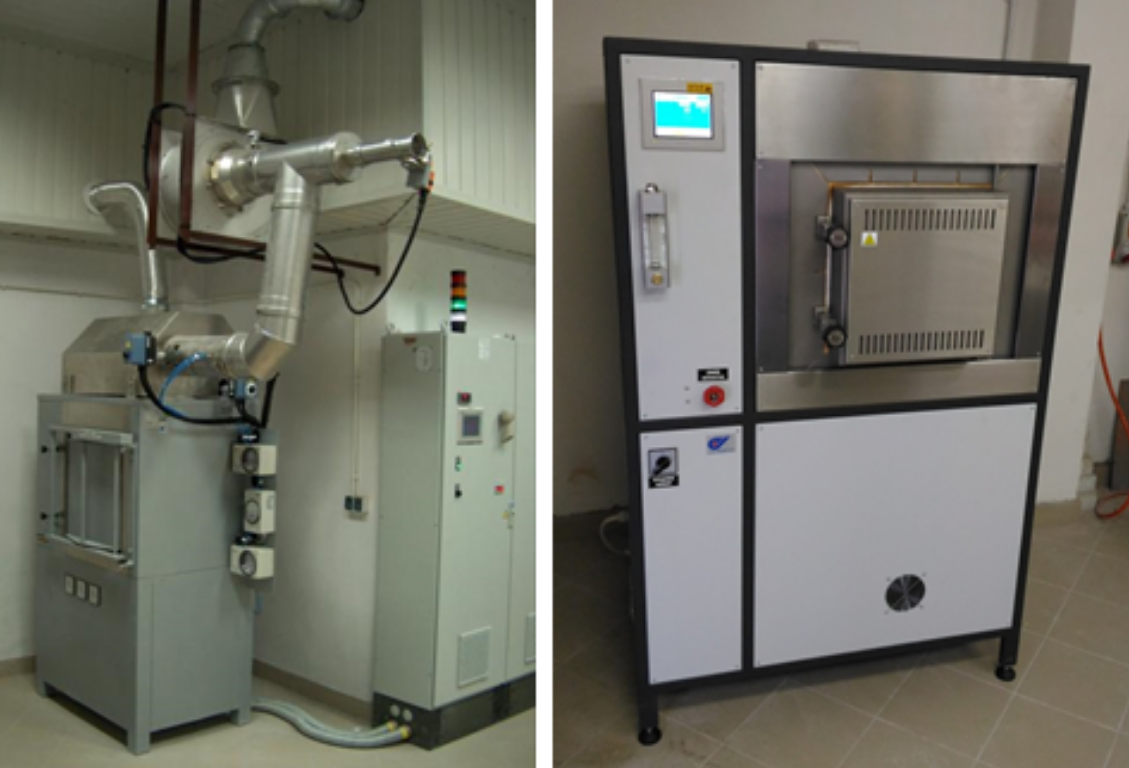 One of the most promising energy carriers, on top of being environmentally friendly, is Hydrogen. As pure hydrogen does not exist freely in nature; it must be generated either from hydrocarbon-based gases or from natural sources. Although there are three primary techniques used to produce hydrogen from hydrocarbon fuels, none of these processes are qualified as clean. Therefore, the development of clean, or also called green, hydrogen technologies has become key to achieve the sustainably goals set by the EU. As a mark of its commitment, the European Commission has adopted a new dedicated strategy on hydrogen with the aim of exploring its potential to support decarbonisation objectives in a cost-effective way.

One of the technologies currently in use for the generation of clean hydrogen is steam electrolysis, which consists in producing hydrogen from water at high temperatures. In recent years, steam electrolysis based on Solid Oxide Cells (SOC) proved to be an optimal solution, due to high efficiency of conversion and relatively low costs. This is one of the reasons why Solid Oxide Cells operating as electrolysers are being internationally recognised and currently under intensive development. The Institute of Power Engineering (IEn), the protagonist of this success story, and one of the largest institutes in Poland and Central Europe working on energy research, has been actively involved in the advancement of this technology. 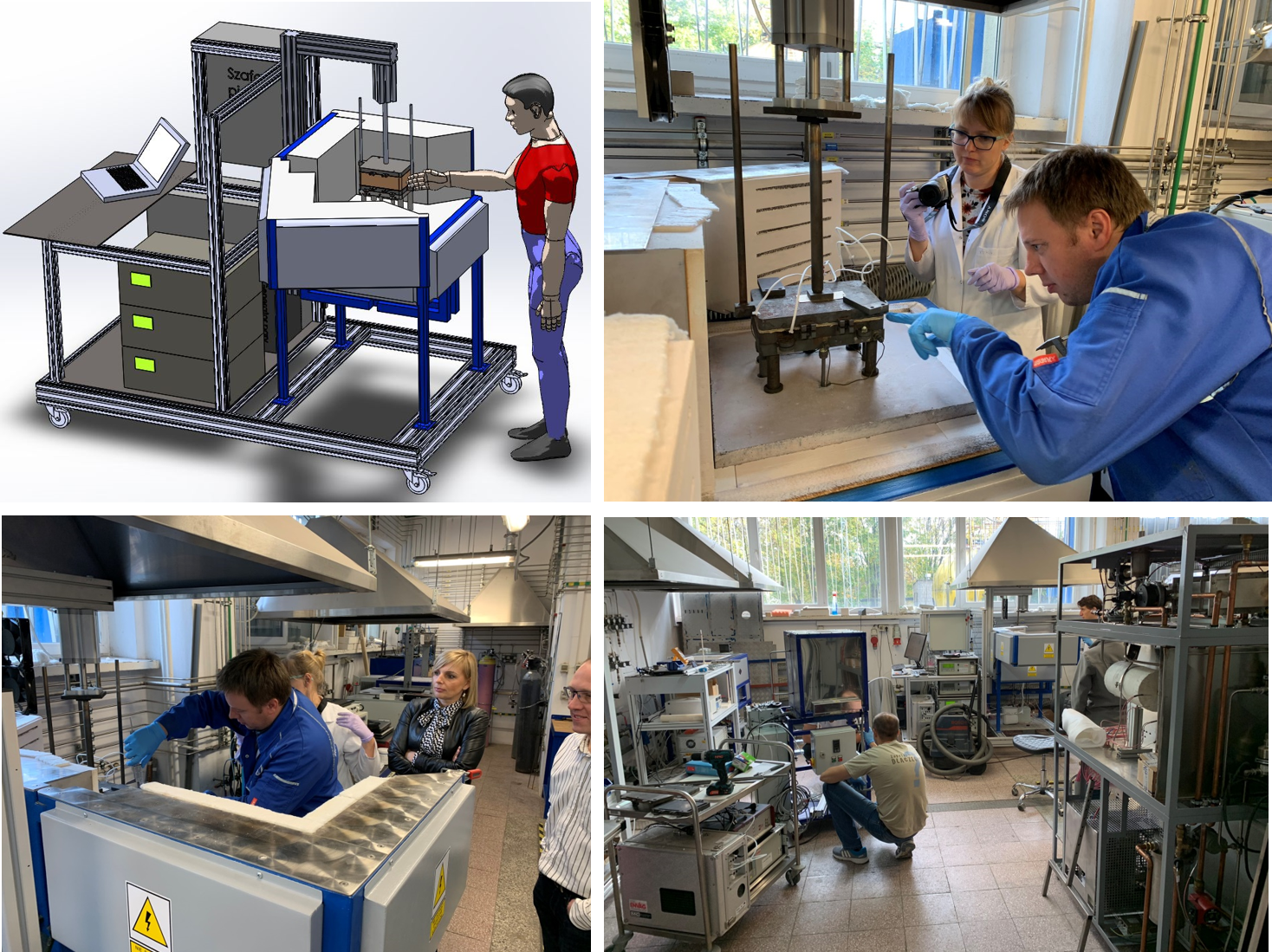 More specifically, the Institute of Power Engineering is the holder of a patent portfolio and technology of Solid Oxide Electrochemical Cells that has been under development for 16 years. As a result of its rigorous research, the Solid Oxide Cells (SOCs), when operated in fuel cell (SOFC) and solid oxide electrolysis (SOE) modes, have reached performance levels of electricity generation and energy cost of hydrogen production corresponding to state-of-the-art technology, becoming a highly relevant milestone for hydrogen deployment, not only at European level but also worldwide.

On top of the role IEn has played in the development of such technology, it has also been actively involved in promoting the concept of sector coupling in Poland. Indeed, steam electrolysis is the most widely used solution in Power-to-X systems for sector coupling which refers to the process of electrification of end-use sectors like heating and transport, with the aim of not only strengthening grid resiliencie, but also increasing the share of renewable energy in these areas, ultimately cutting emissions and contributing to the sought-after goal of climate neutrality. Over and above that, IEn’s efforts have led to the launching of the recently established Center for Hydrogen Technologies (CTH2), composed by a team of experts coming from a wide range of engineering disciplines, and whose purpose is to support research and development activities on the deployment of fuel cells and electrolysers with the aim of developing a strong tie with the market and the industrial sector. 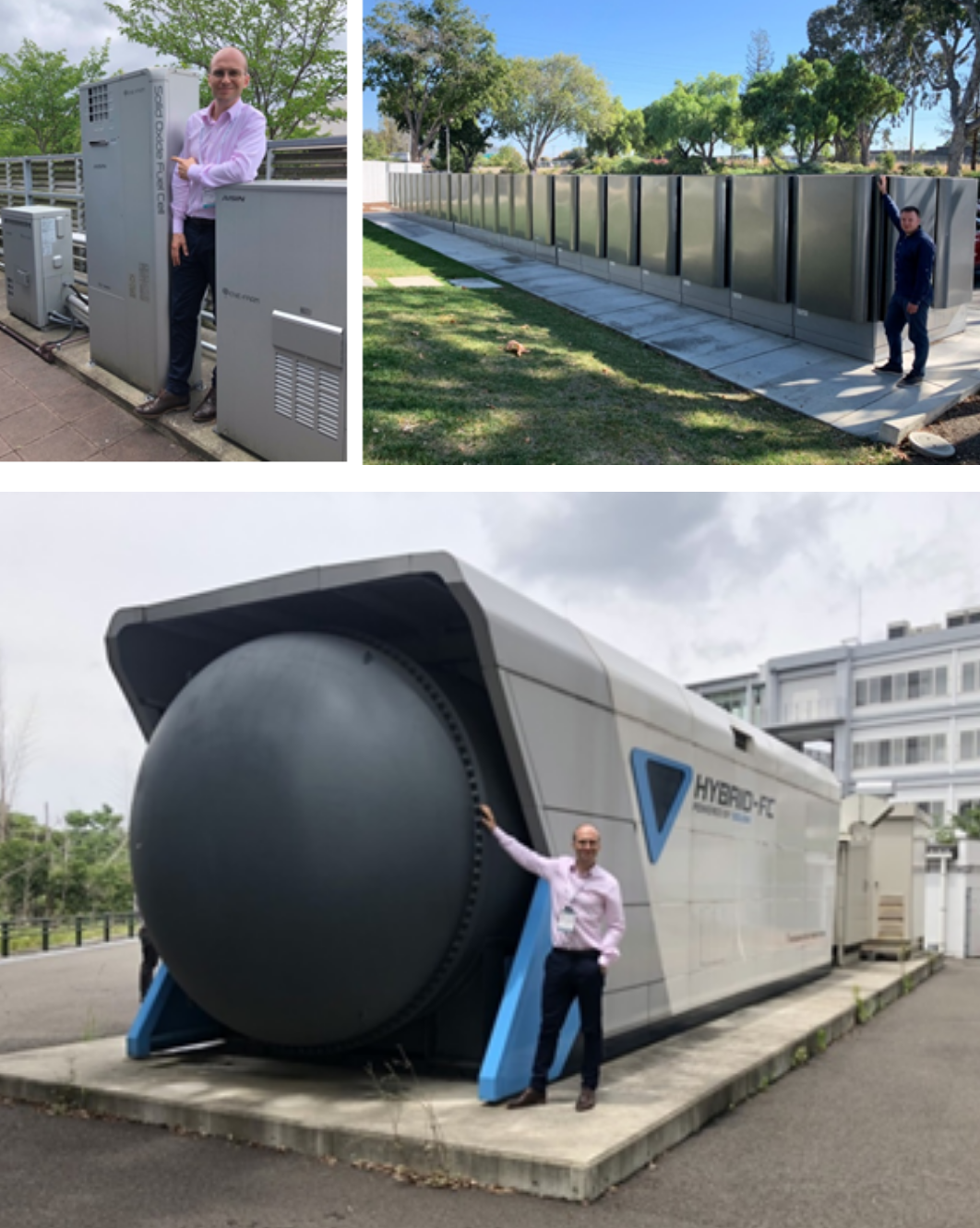 In the framework of the European effort towards the development of a sustainable energy system, capable of supporting the ever-growing demand, IEn has been able to identify the role it can play by taking a clear stand on its research and innovation priorities. The Institute has not only been at the forefront of the development of the novel green Hydrogen sector, a technology that has become fundamental for the achievement of the net-zero emissions target set by the EU, but it has also tirelessly worked to grow into one of Poland’s most outstanding scientific and technological centres. This has positioned them strategically to take an active role in numerous topical EU-funded projects such as SO-FREE, BALANCE, HyLAW, NewSOC, ONSITE, SOFCOM, FC DISTRICT, HYPER, and FC-EUROGRID. IEn identifies the recently launch project SO-FREE (Solid oxide fuel cell combined heat and power: Future-ready Energy) as a milestone, as it involves them as stack tester and operator of demonstrator systems. Such an activity will enable IEn to play a pivotal role in the deployment of hydrogen technologies while partnering with technological leaders and certification bodies.

Being able to understand the national research landscape and match it with the European energy and climate priorities lies at the core of the successful approach that the Institute has taken towards the opportunities that the Clean Energy Transition opens for Poland. In IEn’s case it meant the development of innovative technologies that will play a key role in paving the way not only of the country but also of Europe towards climate neutrality in 2050. Even though this story started 16 years ago with the decisions IEn made back in the days, never has it been more relevant to say that the best is yet to come for Poland and the pivotal role it is being called out to play in this cause that concerns us all.

Figure 1. IEn has been active in Solid Oxide Fuel Cells (SOFC) for more than 10 years

Figure 4. Technological collaboration with US, EU and Asia

The Clean Energy Transition is a fact (...) So, keep your eyes open, be ready to leave your comfort zone, start taking the actions. 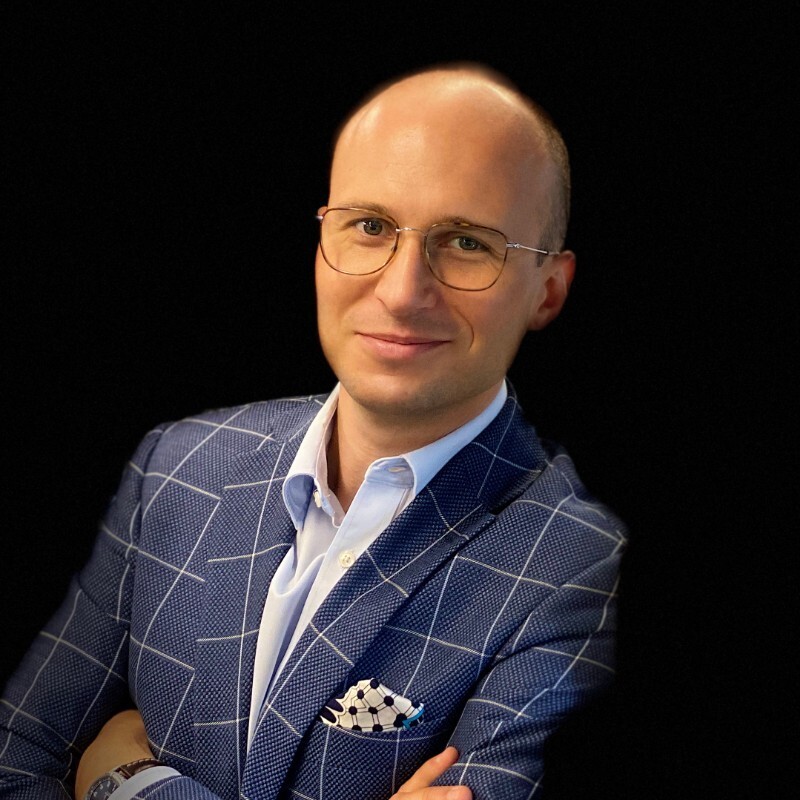